Charlotte is North Carolina’s largest city and hub of art, culture end entertainment. From racing to romance, finance to festivals and spas to shopping, Charlotte is a city of contrasts. It is both urban and urbane, yet quiet and quaint. Here, “church” is a verb, and the blues are an article of faith. It has blossomed from a somnolent little textile town to a hotspot of trade, commerce and culture without losing a bit of its sassy Southern charm. 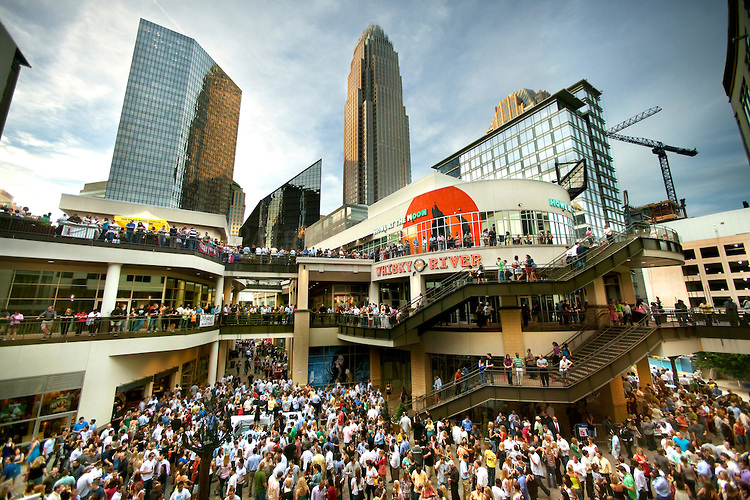 Dining, Nightlife and entertainment all in one spot. Located on College, Trade and Fourth Streets in the heart of The Queen City, the Epicentre has a variety of restaurants, bars, events, and late night spots a few blocks away from popular Charlotte venues such as.. Time Warner Cable Arena, Bank of America Stadium and Charlotte Convention Center, the EpiCentre is the perfect location to start or end your day with nonstop fun. The Epicentre has four levels of entertainment that hold 10 outdoor patios, nearly 200 TV screens, a captivating rooftop terrace, a five-screen state of the art cinema and an amazing bowling alley. Thats not all! The Epicentre also has almost 40 venues featuring nightlife entertainment such as tin roof, blackfin, rooftop210 , whiskey river, suite, and more!  [su_spacer][su_spacer] [/su_spacer]

The Bank of America Stadium 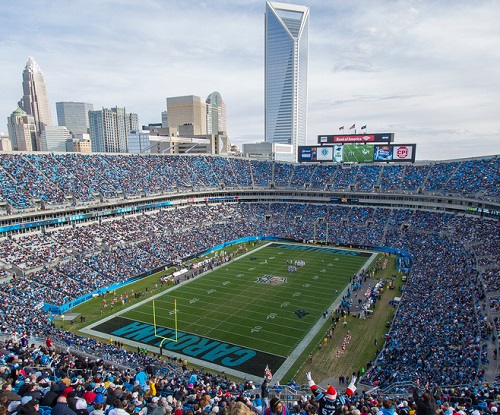 [/su_frame]
Enjoy a Fun afternoon/evening game with the Carolina Panthers -North and South Carolina’s professional football team. The team plays in the Bank of America Stadium and seats 74,455 people. The stadium was built in 1996 (practically new) to house football games, college bowl games, host concerts, soccer events and more! The stadium has the most beautiful view of the city skyline that can be enjoyed from any seat. Day or night – there is no beating this atmosphere.[su_spacer] 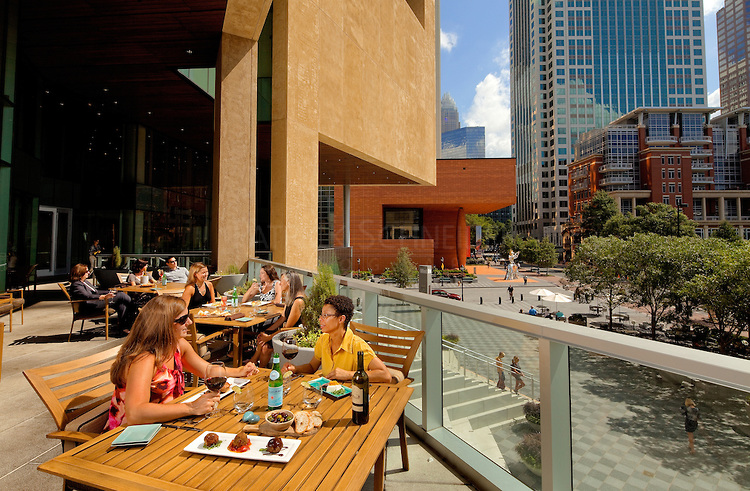 Mint Museum of Art patrons dine at Halcyon, a Flavors from the Earth restaurant that features artisinal farms, dairies and wineries from the Carolinas and beyond.

[/su_frame]North Carolina boasts more craft breweries than any other state in the American South. Charlotte’s hops are among the top with seven breweries in operation. Among the favorites are Birdsong Brewing’s Jalapeno Pale Ale and Olde Mecklenburg Brewery’s Captain Jack Pilsner, named for local hero Captain James Jack, who carried the Mecklenburg Declaration of Independence on a dangerous journey to the Continental Congress.Southern dishes may be a specialty, but Charlotte’s food scene spans the globe and new restaurants continue to expand its foodie horizons. Legendary chef Emeril Lagasse opened e2 Emeril’s Eatery in the Levine Center for the Arts. Charlotte restaurateur Pierre Bader invites diners to have a say in the best barbecue debate with several regional styles at City Smoke.
Attached to the Mint Museum Uptown, Halcyon makes mouths water with seasonal, “farmhouse-chic” dishes. But in addition to the food, their cocktails are turning heads because of resident Mixologist Maggie Ruppert’s inventive libations. [su_quote]Take the Wine n’ Shine for instance, which blends locally made Cheerwine soft drink with bourbon-soaked cherries, NC moonshine, apple brandy from nearby Asheville and orange bitters.[/su_quote] As for other unexpected cocktail ingredients, look for house made bread and butter pickles, ham hock stuffed olives or locally made muscadine wine to show up in your glass.
After opening its doors 24/7 in the spring of 2008, Amelie’s French Bakery has a loyal following. But nothing has quite captured the hearts of its fans like the salted caramel brownie, which The Pioneer Woman, blogger and Food Network chef, emphatically renamed “Stick a Fork in Me. I’m Done.” Other Amelie’s treats were even spotted in the train car scene of The Hunger Games, which was filmed in and around Charlotte.